Mozilla Kerala conducted a WoMoz Festival on March 04, 2014 at Indira Gandhi Institute of Engineering & Technology [IIET], Kothamangalam. The aim of this festival was to promote women’s visibility & involvement in open source communities.

In fact, we believe that the Internet, FLOSS and computing projects must remain open and participatory. This also means accessible in the same way to all – women and men alike.

The main highlight of this festival is that IIET is a women’s college, so here we got 180+ active WoMoz!!! ( This was my first WoMoz event & I got a lucky chance to coordinate this event

The day’s events were divided into two parallel sessions, one being Open Talks, and the other a hands-on Workshop. Our event began with a talk by one of the WoMoz – Vaishakhi who gave an introduction about Mozilla & its mission. 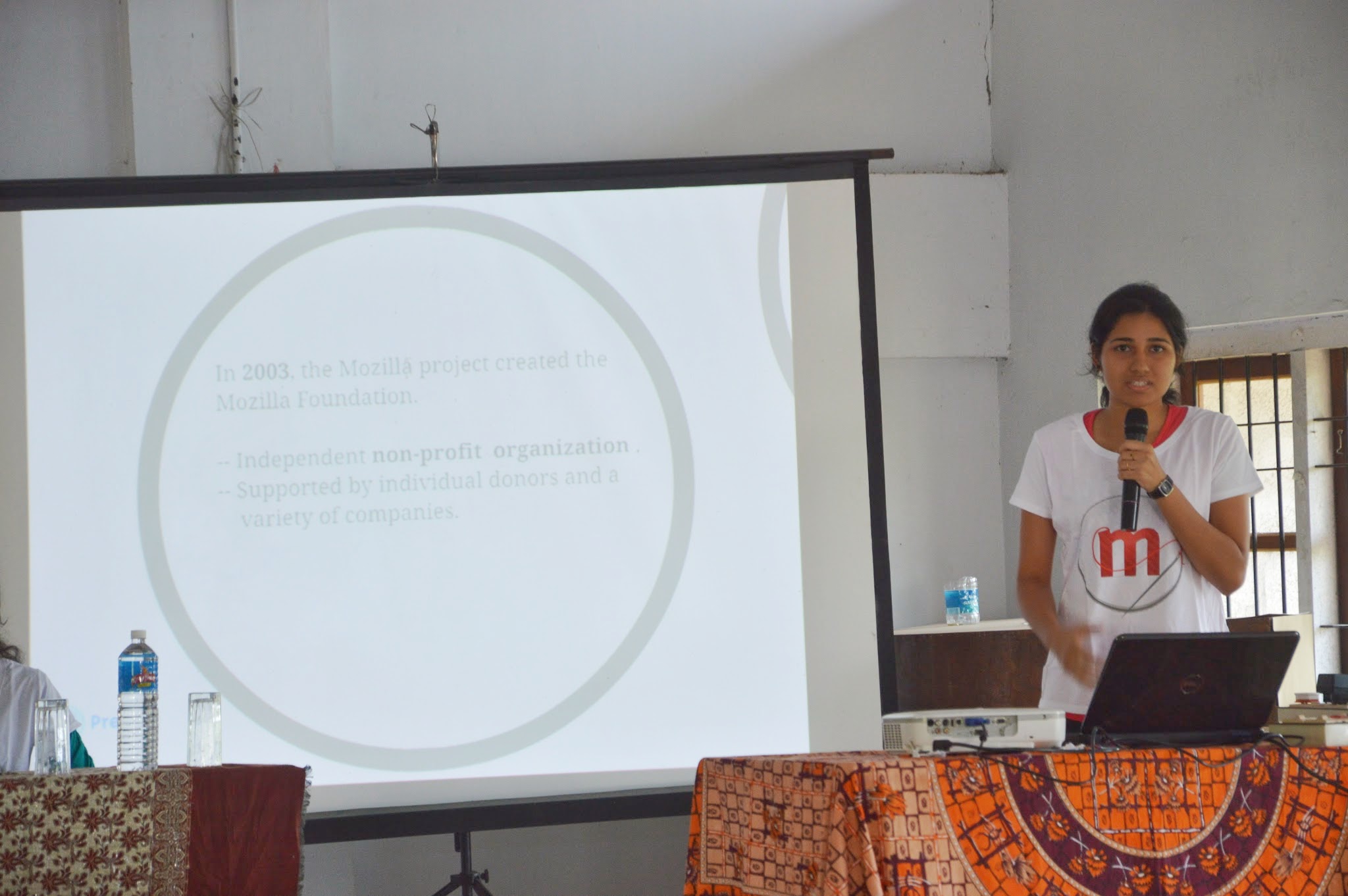 The workshop was mainly aimed to provide the participants awareness on the recent Web Technologies around them. Binoy Balu from CUSAT took classes on HTML 5, CSS3 & Web APIs.

The participants were excited to learn new things. There were also workshops on the advantages & technologies behind Firefox OS which was handled by Varghese. Then Sirajul Muneer gave an introductory session on “Fundamentals of developing apps for Firefox OS”, which covered in detail various aspects of developing applications for the OS and the simulator and its available features.

Then Kumaresan introduced himself and explained in detail about Webmaker project, Internet Relay Chat (IRC) & Etherpad with live demonstration of the websites.

The seminar was focused on women’s visibility and involvement in Free/Open Source and Mozilla, and to increase the number of women contributors. The talks covered security & privacy issues women face on the internet & some measures to make themselves more secure.

The first session in the seminar was handled by Joyal John Peter from SJCET in which he gave a talk on “Women in Internet”, which covered topics like how women can get involved in the internet, FLOSS & other computing projects.

He discussed about the privacy issues faced by women and how it could be solved. He gave live demonstrations of some websites which is run by women.

In the afternoon session, we had our first talk by Abid Aboobaker. Various aspects and advantages of Drupal Development were covered by him, along with talks on Internet privacy. Binoy, another Mozillian introduced the usage of git to the budding developers.

Abhishek from Wikipedia community detailed on how to contribute to the world’s biggest and open encyclopedia, its ethics and etiquette. Some of the participants edited Wikipedia.

The event was concluded by an eye catching demonstration on robotics using open-source technologies; Open Robotics was performed by Binoy Balu, a student and robotics enthusiast from CUSAT.

The veil was finally drawn on the event by some really productive remarks by the participants.

At the beginning of the event, we had asked to the 180+ cheerful girls, “How many of you want to start your own firm?”. Sadly, there were no hands that went up! And I continued asking, “Then what are you going to do after your graduation?” The answers were different – good house wife, good job, teacher, NOTHING. But at the end of the event, I repeated the same questions, the answer was hopeful, a few hands were up and they said “If this many technologies, possibilities and opportunities are around us, why can’t we? Why don’t we?!” – Abid Aboobakershared his experience with us.

We are united by the common goal of promoting women’s visibility and involvement in open source communities. By all accounts, the WoMoz Festival was a big success!

The team behind the success of WoMoz Festival