The two-day workshop on Free Mobile Platforms started on 11th March 2014, with a inaugural speech by Mr. Ramani B, Executive Director, CDAC with informative data about the current mobile platforms. It was followed by Release of Indic Keyboard made by Swathanthra Malayalam Computing. 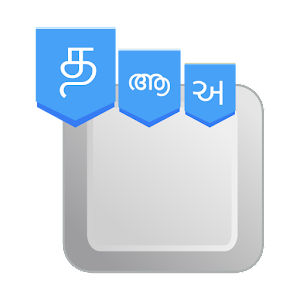 The Indic keyboard launch was followed by a boot-up session on Firefox OS by Praveen Sridhar& Anush (bmx), covering all aspects of the OS. Starting up with the cause for Mozilla to start the new OS following up with how the OS advanced till date.

The session booted up enthusiasm in the audience about the new operating system.

We were well aware of the type audience we had from the beginning, with a little show-of-hands.

80% we web developers, so, we did made small changes in the sessions and went in a little deep to boost the adrenaline in the blood of the web developers.

To make it more interesting, the talk on Firefox OS concluded with a live hands-on demo of the Mozilla Labs and Appmaker; With that, the audience were very eager for the Appday that was planned for Day 2.

As planned, the 60-minute sessions concluded in 50 minutes, with 10 minutes for Q&A, some of the top questions that were posed are :

Along with these we did get a few questions regarding the back-end of the OS, how is it built, is it community driven, etc. were also discussed.

With the right dose of adrenalin in their blood, the developer audience were all set to get their hands-on the HTML5-based Firefox OS. This was the first event this year for the Mozilla Keralacommunity with more than 80% developer back-end’ed audience.

The initial kick off session was done by Shine. We had a few new developers in the audience, so, a little brush up session on HTML & CSS was the strategic plan for the day. It was followed up by Praveen.

With lot of developers in the audience, psbots drove deeply into web APIs, giving a detailed view on the various APIs available in the OS and their applications using the <https://github.com/robnyman/Firefox-OS-Boilerplate-App” target=”_blank”>Firefox OS Boilerplate app. Anush (bmx) did a demo of building an app using a demo HTML5 Calculator app.

Within an hour, all the participants had made their first app for Firefox OS. That was a moment to remember for them, we had about 30+ minutes on the clock left for the lunch, so we deployed a mini-hack session to hack the calculator app made by Ideaviate to include a square root function. A couple of developers did achieve the task but that too wasn’t completely working so we had to stop with no winners. The workshop on Free Mobile Platforms was a huge success for Mozilla Kerala. We ended the day with a group photo click of the organizers and participants.