Lal Bahadur Shastri Institute of Technology for Women (LBSITW) is one of the prominent colleges in Kerala focused on educating women in the field of technology. Mozilla Keralaorganized a AppDay and a Webmaker event for the ladies of LBSITW on January 24, 2015. 15 Mozillians joined in organizing the event. This event was a true milestone for us both in terms of active participation and the response we got back from them. They were a bunch of eager and enthusiast women enthralled to learn about Open Source and Open Web technologies.

The event started with the flamboyant introduction to Mozilla and Open Source by shine. He covered details about Open Source and how a mass collaboration like Mozilla have changed the way we perceive the Web we see today and how Mozilla and its various projects are consistently providing a better experience to its users. The session also touched how understanding privacy on web is the biggest step to being able to take a better control of one’s online privacy and also on how women can participate in open technology and culture. 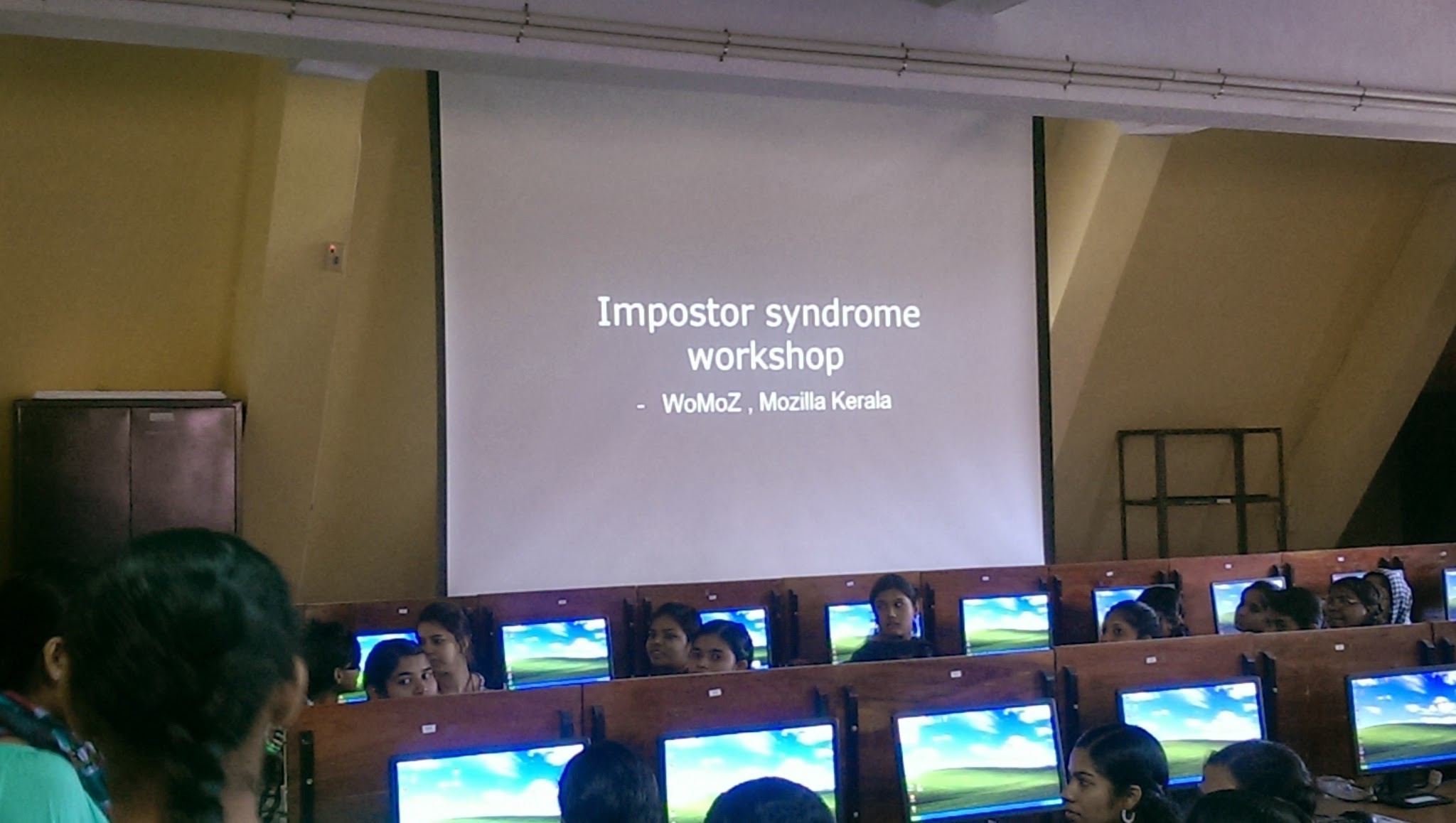 After the introduction, our WoMoz volunteers – Ameera Poyilil, Nidhiya V Raj and Neethu Sajeevan took up the stage to talk about “Impostor Syndrome”. The session dealt with “How to not suffer from impostor syndrome”, realizing “How important it is for women to understand and accept the fact that there are things that we don’t know, things that we will never know and things that you can decide to Learn”. 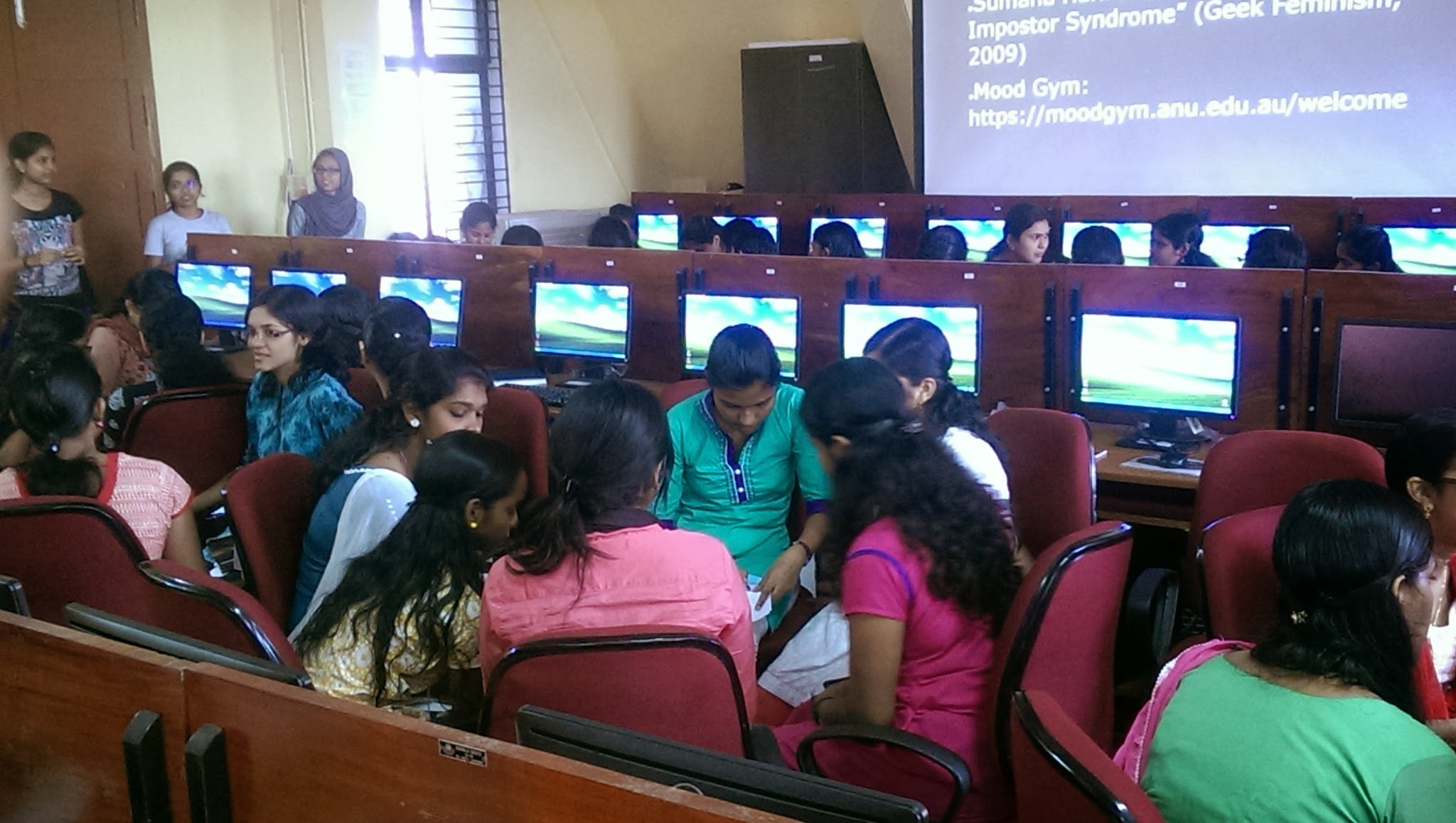 We had a small ice-breaking session where the participants were divided into small groups and asked to solve a real-world problem. They had to imagine they were stranded on an island and they had no resources other than the resources they had around them and on them. They had to figure out a way to escape off the island using the limited resources they had. It was a fun exercise and the participants had their imagination racked up.

After the Island exercise, the crowd was then split up for the different sessions (AppDay and Webmaker). Praveen “psbots” Sridhar was to handle the AppDay session and the Webmaker session was to be handled by shine. Both the sessions were equally good. 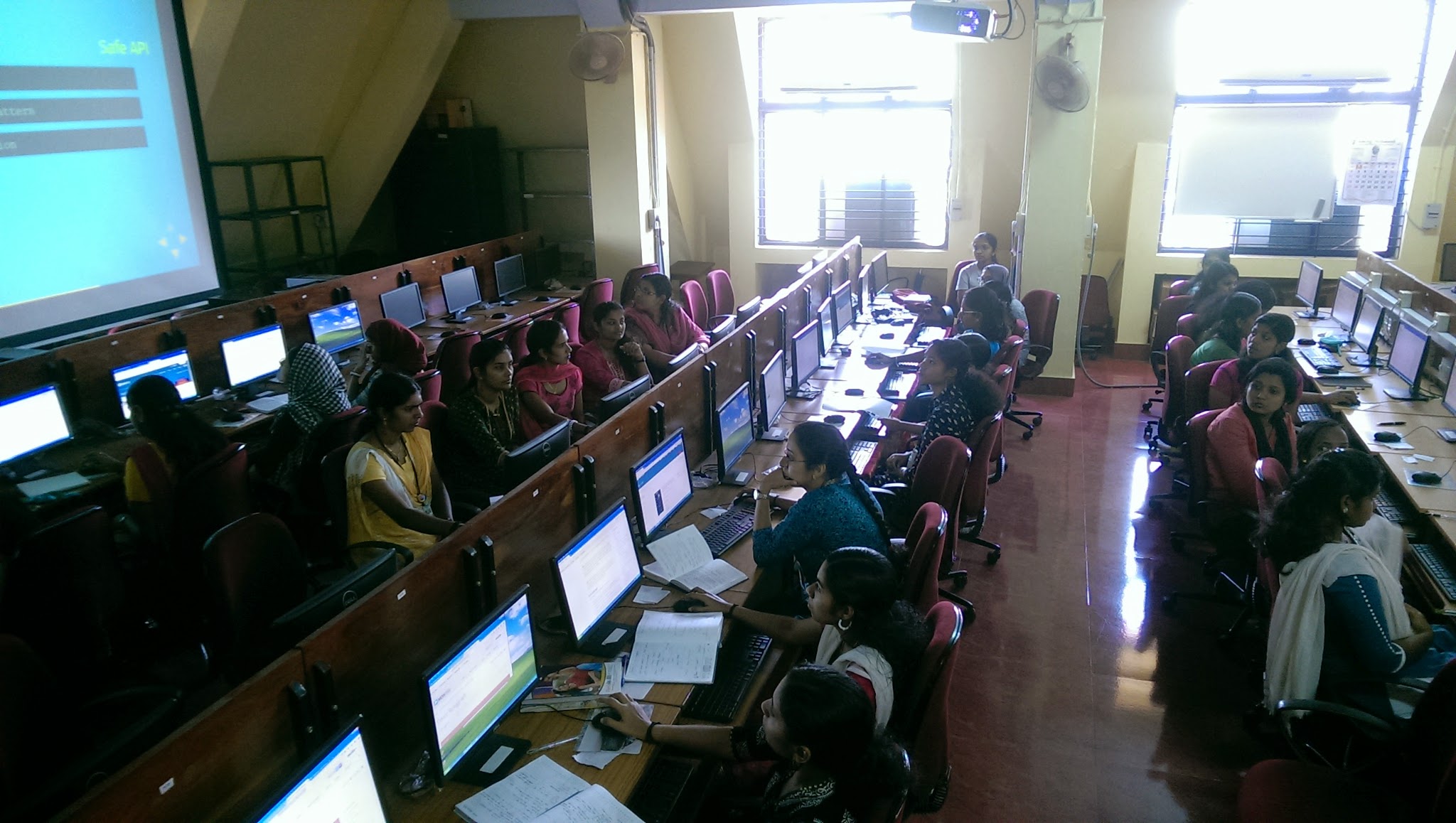 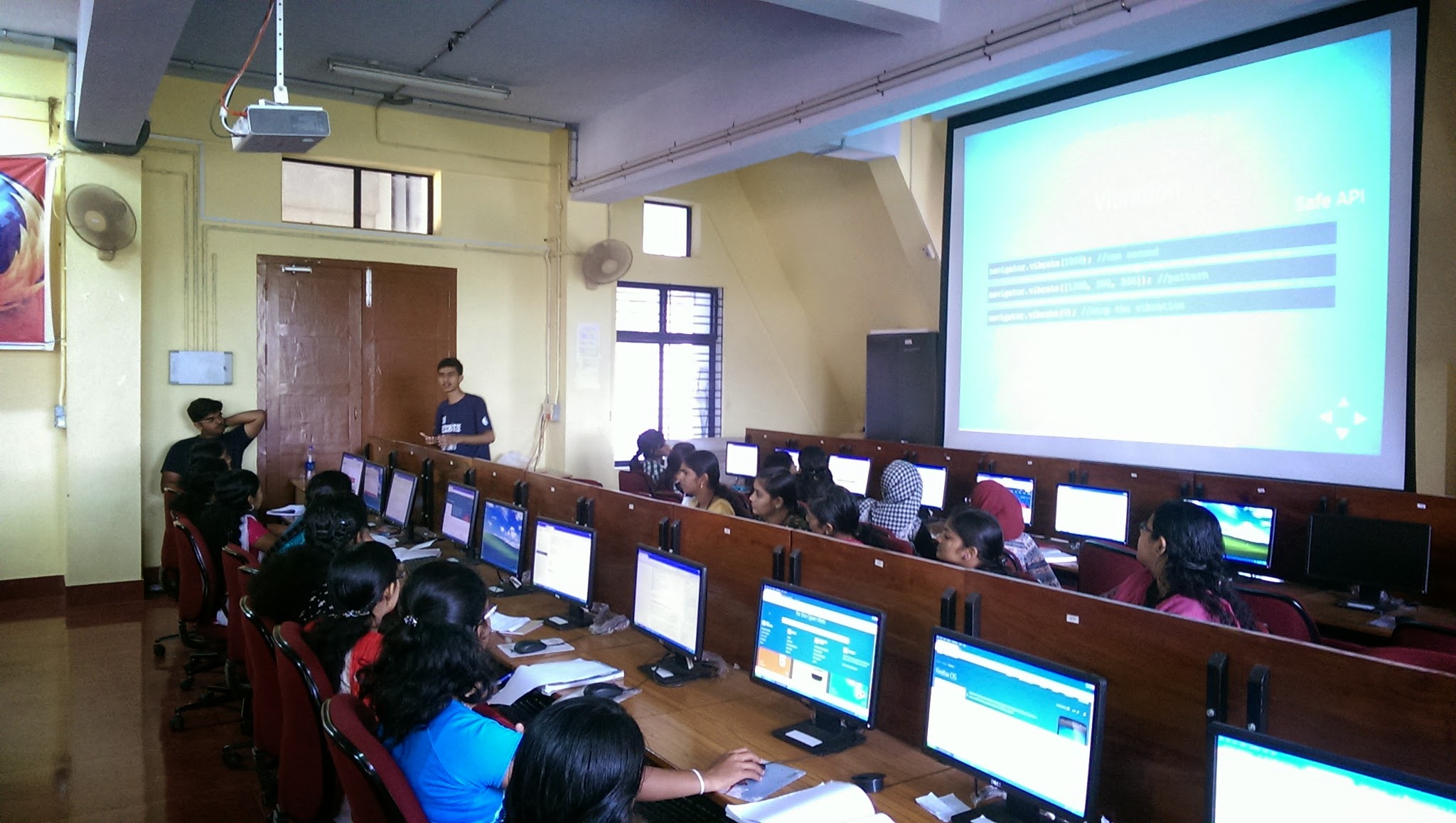 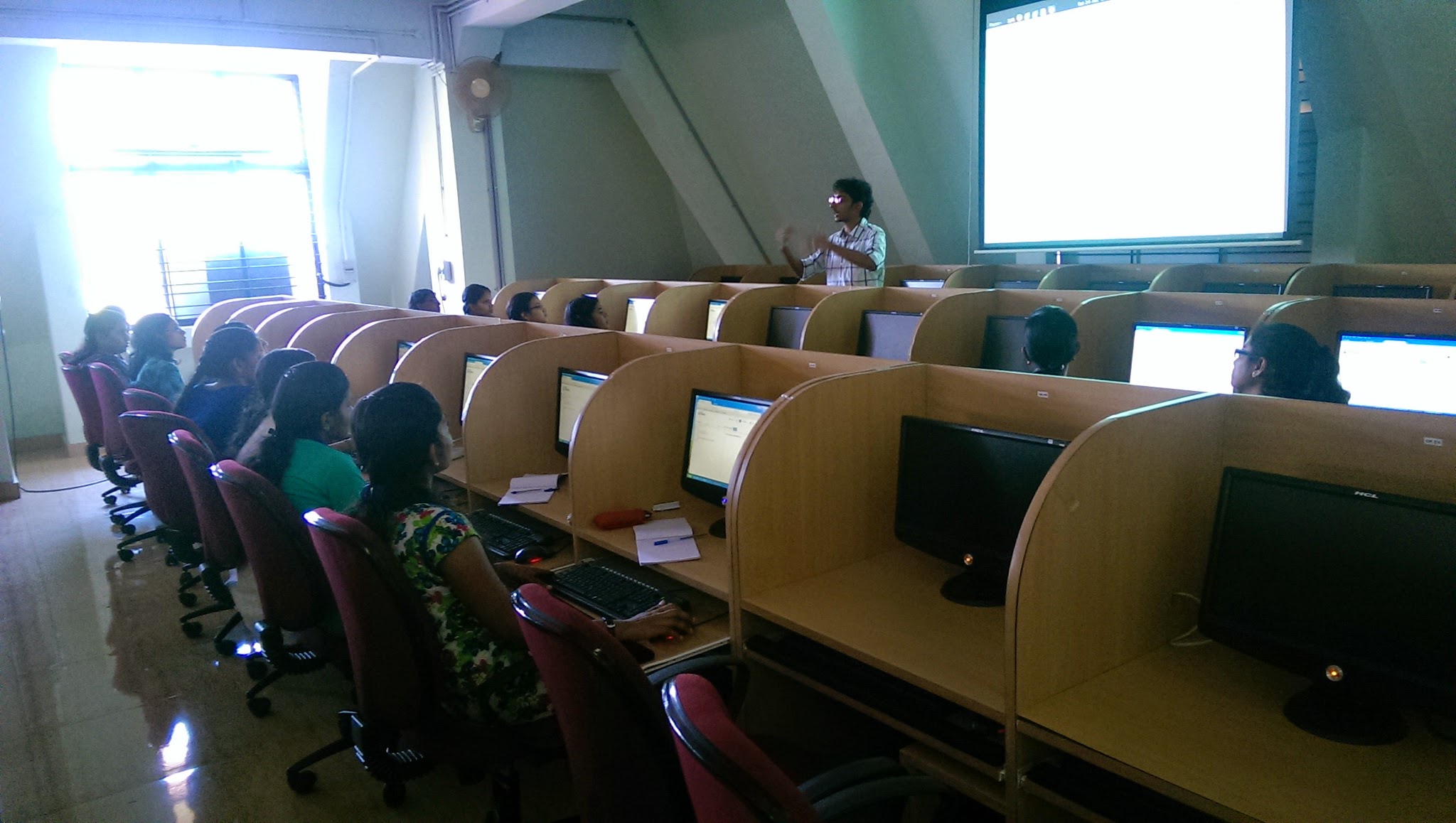 Towards the end of the day, the participants went out for a group photo session and were re-grouped again after the photo session. For the AppDay, the judges decided that a news app that delivered News in Malayalam (മലയാളം) was to be chosen as the “Best App” of the day. The developers Aiswarya O, Divya S S and Sumasorubha V were awarded a prize by the community liaison Midhun M. Krishnapriya G H was selected as a “Best Performer” of the day. 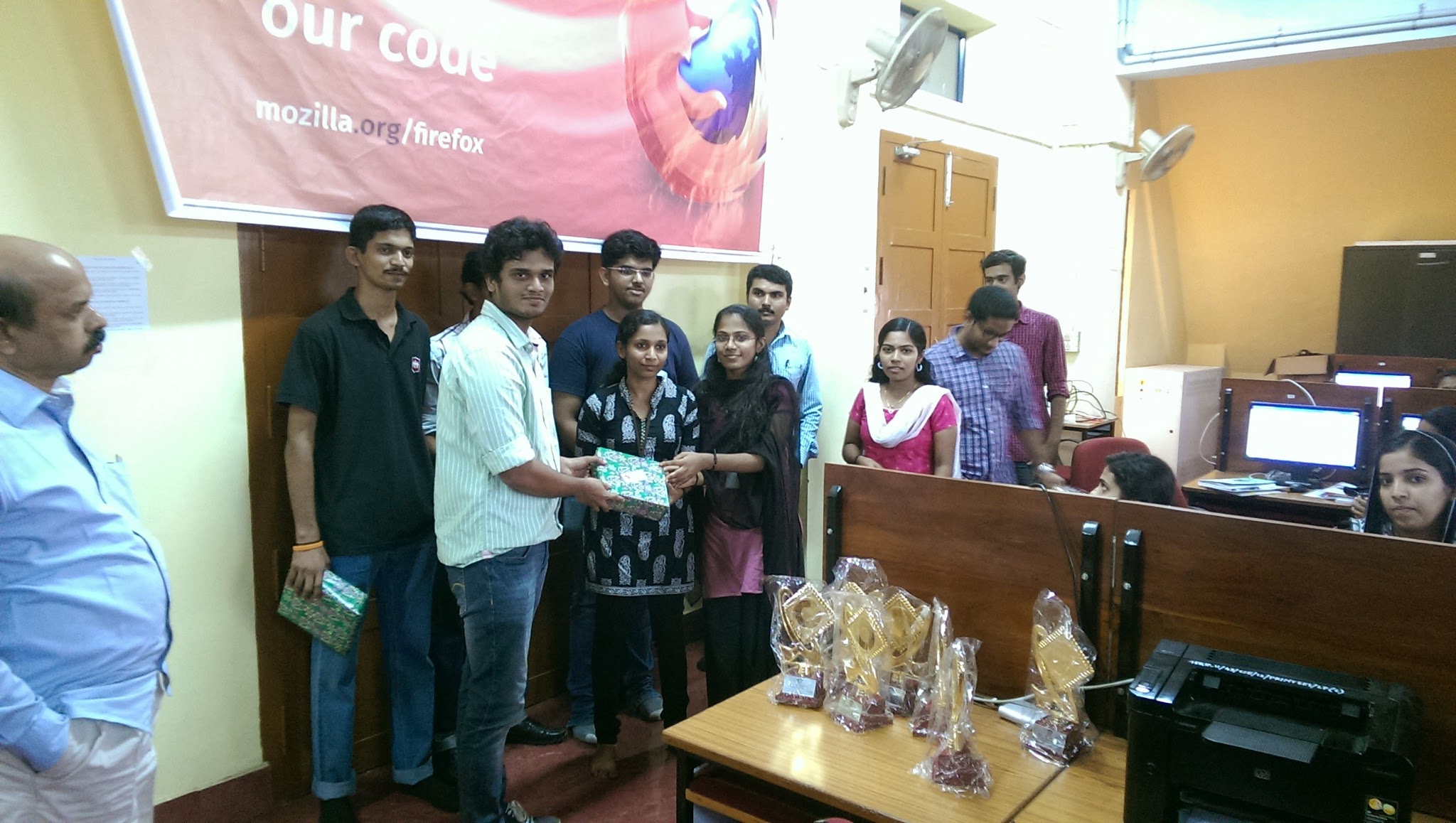 It was a great day with lots of fun and coding. For more pictures, check out the Google+ Album.