Now ready to hack, and teams created over lunch, the app developers could unleash their creativity and develop apps. 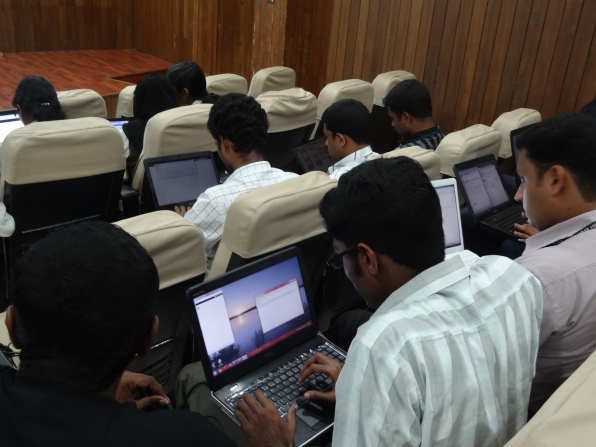 After three hours, we wrapped things up with everybody presenting their apps. We had a total of 23 apps at the end of the event. Every single app was so good that it was difficult to decide which one was the best. In order to give away goodies, three apps were selected as the better among the lot.

Some of the app highlights include:
– Dropbox Application
– Women Security System
– A simple web app (Youtube Alarm) by two ladies who attended this workshop out of pure coincidence.

We helped many to get a basic understanding of HTML and CSS and they were able to create their first mobile app.
App day created many talented app developers. Awesome!

In conclusion, this was a great AppDay. We saw a huge amount of interest in Firefox OS in Kerala. It would be great to be back with a Webmaker event next year.